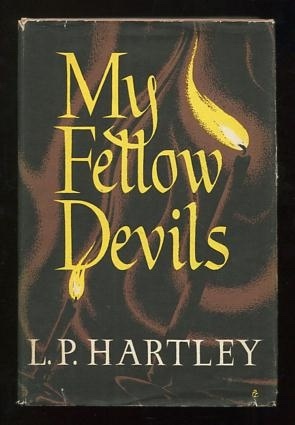 [solid copy, moderate wear at extremities, top edge a little darkened; jacket moderately edgeworn, some chipping and a little paper loss at top of spine]. "Hollywood" novel, of sorts (British sub-genre), about the turbulent marriage of a young woman, "a civic pillar in her small, suburban English community," to a famous movie star, known for his "bad man" image on-screen. And as if that weren't bad enough, she' s a Protestant and he's a Roman Catholic! Per the jacket copy, the author brings his "powerful narrative style and brilliant perception" to bear on " the over-stimulated and over-publicized world of motion picture making and the deeply personal world of religious conflict."