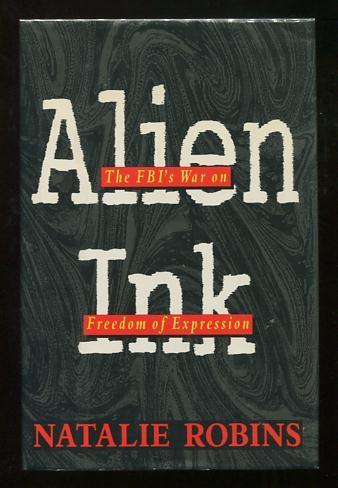 Alien Ink: The FBI's War on Freedom of Expression

[nice clean copy, minimal shelfwear; minor edgewear to jacket]. (B&W photographs) "The most comprehensive book yet written on how the Federal Bureau of Investigation waged war against American writers and readers from the early years of this century. As [the author] reveals for the first time, this assault on freedom of expression began long before iron-fisted J. Edgar Hoover joined the Justice Department and made his name synonymous with that of the FBI for over forty years. The war carried over into the 1980s, when librarians, as part of a Library Awareness Program, were recruited to spy on readers." (And, one has to wonder, could the author have foreseen the PATRIOT Act?)

Title: Alien Ink: The FBI's War on Freedom of Expression

Alien Ink: The FBI's War on Freedom of Expression