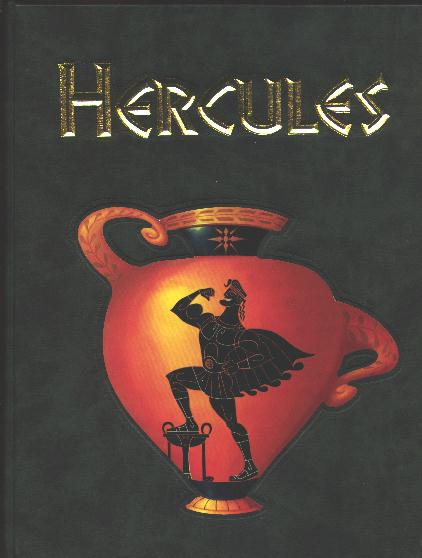 (pictorial hard cover; no dust jacket, as issued) [bright, clean and flawless]. (B&W/color photographs, illustrations) Sumptuously-produced album, produced as an expression of appreciation to the many people who contributed to the creation of the 1997 Disney animated feature HERCULES (not one of the studio's most financially successful efforts, but no matter). A prefatory note, over the signatures (printed, NOT original) of Alice Dewey (producer) and John Musker and Ron Clements (producers and co-directors), states: "We want to thank all the people in this book for giving it their all, going that extra mile, pushing the limit, [etc., more cliches re dedication], going the distance and becoming true heroes." Most of the illustrations in this 176-page book are color photographs of those people -- hundreds of them, seemingly everyone who contributed to the making of the film in any way (including the messengers and the commissary workers). The photographs often involve whimsical or just plain goofy poses, and interspersed throughout the book are numerous examples of concept sketches, character drawings, storyboard art, etc., from the film itself. This was certainly a "limited edition" (obviously produced not for public sale but for distribution to the staff and crew of the film), and there may be no way of knowing exactly how many copies were produced -- but it couldn't have been too terribly many (for one thing, it would have cost a bloody fortune). Definitely an unusual Disneyana item.