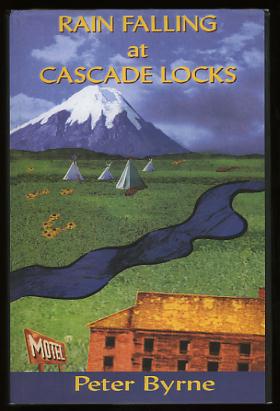 [nice clean copy, very slight spine turn, very slight bowing of covers; jacket shows faint rubbing, some wrinkling along top edge due to being manufactured about 1/8" taller than the book itself]. SIGNED by the author on the title page, which states that this "Collectors Edition" was published in an edition of 500, this being number 84. Novel about a man who, devastated by the breakup of his marriage, goes to live (and write a novel) in a one-time whorehouse in a small town in the Pacific Northwest. He also drinks a lot, and eventually finds himself involved in a "near impossible love" (well, near impossible except in novels like this) with a much younger woman, after which there's apparently some magicial realism stuff going on (a vanishing motel!), and things get better. The book is "dedicated to every man, everywhere, who has been through the misery of a divorce." Signed by Author