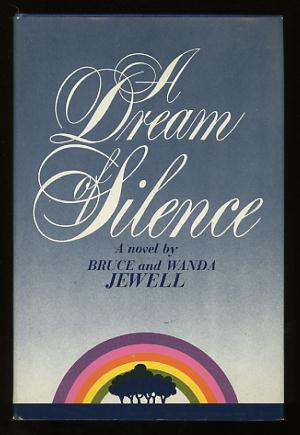 A Dream of Silence

By: Jewell, Bruce and Wanda

[nice tight clean copy, very light wear at extremities; jacket shows just a trace of wear at a few corners]. Novel about a "half-breed" boy, Jamie, who "lives in an average American suburb, loves his mother, idolizes his father, and is appealing and normal in every way. Except that he refuses to talk," except to an invisible companion, Mr. Bow, who is "not quite a mystic, but has qualities of a sachem or guru." The authors, per the jacket blurb, were personally acquainted with "a number of medicine men of various American Indian tribes [and had] lived with the Cherokees on the Oklahoma reservation," where they learned about many of the basic tribal myths. Bruce Jewell was also a psychologist and child therapist, and the book is described as "important for its insights into the psychology of children leading a borderline imaginary life, meaningful to them, but often difficult for adults."

Title: A Dream of Silence

A Dream of Silence