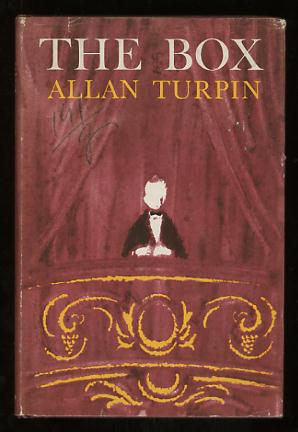 The Box: A Conversation Piece

[nice tight clean copy, very light shelfwear; jacket shows some minor surface wear, a couple of rubbed spots at corners and edges, black markings at upper left part of front panel and top of spine, a couple of small tears]. "The 'box' of the title of this charmingly witty novel is one of the largest in the London variety theater in the 1920's. Complimentary entrée to it is the weekly privilege of the London dramatic critic of the newspaper Retriever -- a position occupied first by Robert Chancellor and then by his youngest brother, Johnny. Pride in its possession comes, however, from their wives rather than from the men themselves." (++)

Title: The Box: A Conversation Piece

The Box: A Conversation Piece