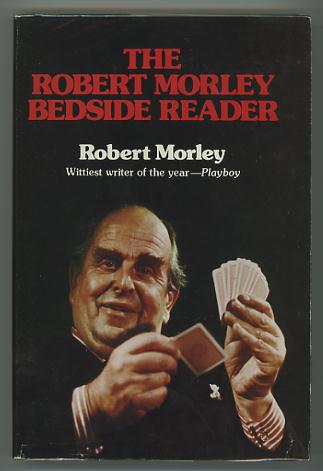 [nice tight copy, very light shelfwear, small smudge on half-title page; jacket shows a little wear at edges, minor wrinkling and tiny tears at spine ends]. (B&W photographs) "The first anthology of the best writing of Robert Morley is both a literary and a social event. Morley has always considered himself to be as much writer as actor, and, in addition to his plays, he has long been a contributor to American and British magazines. In 1972 he was voted wittiest writer of the year by Playboy. Ranging from delightful reminiscences of his childhood in England to hilarious accounts of his various travels, he reveals himself as a self-mocking, candid man."