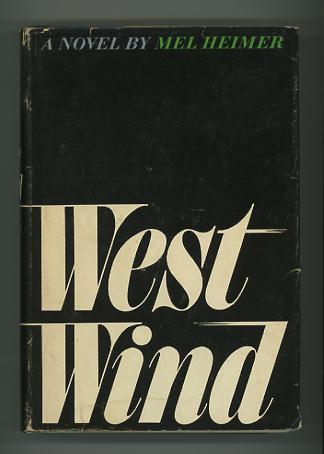 [solid copy, spine very slightly turned, lower front corner faintly bumped; jacket is edgeworn, rubbed, tiny tears at a couple of corners]. "When Richard Fletcher and Wilhelmina Stevens went to Rome together to make a motion picture, newspaper readers on two continents, already titillated by rumors that they were having an affair, avidly followed their every move. Then Fletcher, the most highly regarded actor of his day, was mercilessly set upon in an alley by unknown assailants and left for dead." (Thugs hired by Eddie Fisher?) One of those "Hollywood novels" that mostly take place someplace other than Hollywood -- the literary equivalent of a "runaway production," I suppose. The author was a New York journalist and columnist, and claimed this (in the jacket blurb) to be his first novel, which apparently wasn't quite true.