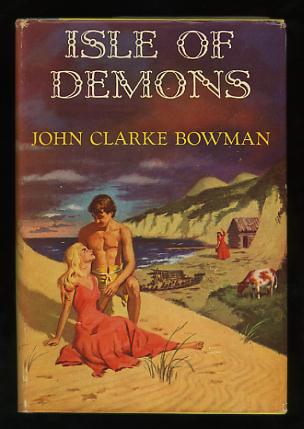 [nice-looking copy, tight and clean, very light wear to book extremities; jacket shows minor wear at corners]. "This is a basic love story, woven into a tapestry of the glitter, intrigue and violence, of immense courage and over-mastering avarice against a background of 16th Century France and America. Pierre and Marguerite are caught in the age-old struggle of love against the arbitrary powers which band to separate them. They are both orphans, scions of great houses, immured after the custom of 16th Century France, she in a lonely castle and he in the adjacent monastery." She's got quite a dowry, though (great fortune, estates, that sort of thing), so her uncle/custodian offers to marry her off to the highest bidder, "the fifty-five year old humpback, Tournon." Meanwhile, Pierre's got his own problems -- and he's got TWO rotten uncles, a Lord Abbot and an Admiral.