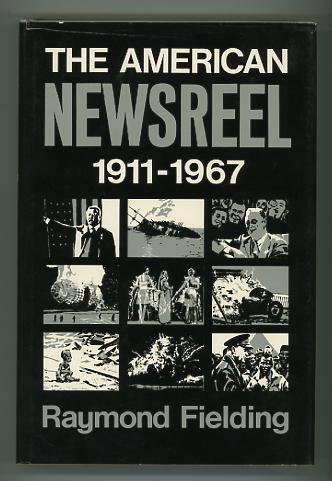 [beautiful clean book, no discernible wear; jacket bright and clean, blemished only by one tiny tear and associated crease at top of front panel]. (B&W photographs) "A definitive history of the American newsreel from its inception in Europe and the United States to its demise in the late 1960's, when it was supplanted by TV news. The newsreel cameras were present at every major event during those years [and] newsreel cameramen had their moments of glory, as when they covered Charles Lindbergh's trans-Atlantic flight in 1927 and the spectacular explosion of Germany's proud zeppelin, the Hindenburg, in 1937. Bu the newsreel companies often faked their coverage, too, and they devoted a lot of footage to trivia. They were subject to censorship of various kinds and their own self-serving limitations. ... Yet if they never lived up to their promise, the American newsreels were an important part of a vibrant era in American history, and their story is made to order not only for the movie and nostalgia buffs but also for the serious students of American filmmaking."