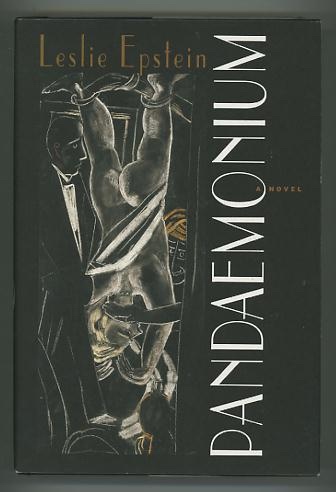 [nice tight clean book, with no discernible wear, NO remainder or other marks; jacket shows faint wear at extremities, slight surface-peel damage at top rear corner]. "The definitive novel of Hollywood in its most glamorous era, a work that examines the very roots of film itself, and their hold upon the dark, underground forces of instinct and imagination. Narrated by the ever-wise, yet sexually tormented Peter Lorre, this book assembles a huge cast of Hollywood types -- moguls, agents, directors, stars and starlets, writers, gossip columnists and mere hangers-on -- who converge on Pandaemonium, a Nevada ghost town, on the eve of World War II. There, they all fall under the spell of a great European film director named Rudolph Von Beckmann, whose secret plan is to turn a routine B western into an extraordinary film of 'Antigone,' and so warn the world of the dictator who would destroy it." The author comes by his Hollywood chops honestly, being a son/nephew of Julius J. and Philip G. Epstein, the renowned twin-brother screenwriters of "Casablanca" and numerous other classics.