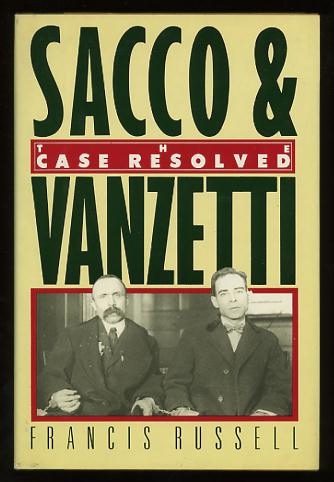 [nice copy, tight and clean, appears unread, no discernible wear; jacket has a tiny bit of wrinkling at bottom left-hand corner of front panel, otherwise bright and clean]. The author "set out some twenty-five years ago to write the book that would prove conclusively the innocence of Sacco and Vanzetti, but in his research he found the evidence against them overwhelming. Instead, his book 'Tragedy in Dedham,' which appeared in 1962, was one of the first direct challenges to the theory of their innocence. Since then many other books have been written preserving the theory of their innocence, but no one has ever known with absolute certainty the truth of the case -- no one, that is, but the accomplices to the crime. Now, for the first time, new evidence has become available: the opened FBI files on the case, new ballistics tests on Sacco's pistol, private papers recently released. But most startling of all is the revelation from the son of one of Sacco's closest anarchist associates, a man who had kept the ancient Sicilian code of silence for sixty years, and whose son now feels compelled to tell the truth." (Honestly -- kids today!)