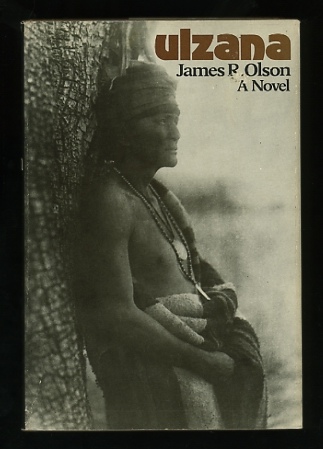 (price-clipped) [solid copy, minor shelfwear and very light soiling to bottom edge, small green "BTP" label on front pastedown; jacket a little worn at extremities, a few small tears, small scrape mark on front panel (slightly affecting author's middle initial)]. (endpaper maps) Novel about "an American Indian hero," an Apache whose life is traced from infancy to adulthood, "and through forty years of war against both the Mexicans and the 'White Eyes.'" In telling this story, the author "has also told the story of the Chiricahua Apaches, their eventual surrender to the U.S. Army and their betrayal by the government." (This book would seem to be based on the same character and incidents as Robert Aldrich's film ULZANA'S RAID, released the previous year, although there is no apparent relationship between the film and the book.)