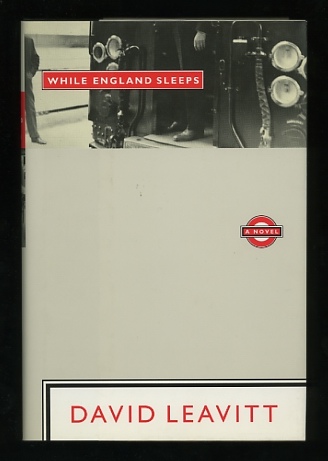 [nice tight clean copy, with no discernible wear; jacket shows only the faintest handling wear]. Leavitt's novel of a homosexual love affair, set against the rise of fascism in Europe in the 1930s, and in particular the Spanish Civil War. The author borrowed a bit too liberally from poet Stephen Spender's 1951 memoir "World Within World"; Spender filed a plagiarism suit in England, which ultimately led to the preparation of issuance of a revised version. It's often stated that the original version was "suppressed," which is a considerable exaggeration. In fact, Viking recalled the book from stores only in England (pending the outcome of the lawsuit) -- but by the time the whole brouhaha (which included duelling essays by Leavitt and Spender in The New York Times Book Review) had worked itself out, as the Times reported, about 30,000 copies had already been sold in the U.S., and according to a Viking spokesman there "was no possibility of recalling books or demanding that stores return unsold copies." The settlement (also according to the Times) involved the removal of about three pages worth of material, hardly the "significant revisions" claimed by some. (And besides, if the book had truly been "suppressed," why would there be so darn many copies still for sale?)