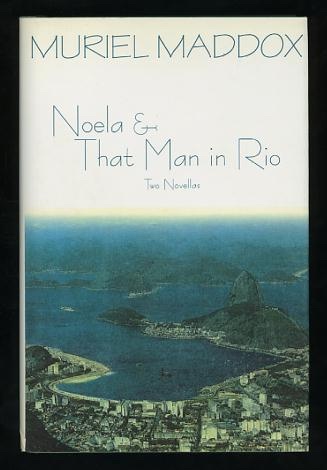 [bump to base of spine, otherwise a nice clean tight copy with no significant wear; jacket slightly wrinkled at base of spine (to match bump), very light scuffing to front panel]. Two "widely disparate" novellas. In "Noela," an American lawyer vacationing in Switzerland with his wife finds himself near the village where his plane was shot down during World War II (an experience during which he was hidden by a French family, had a brief affair with the eponymous woman, was helped to escape by a priest, and promised to return but didn't); visiting the village while his wife is having lunch with a friend, he discovers a secret that "threatens to destroy his life." "That Man in Rio" concerns an American Navy officer stationed in Rio de Janeiro in the 1930s with his bored ex-Southern belle wife, who falls in love with a "dashing German diplomat" who wants her to run off with him to Germany, and "as she is torn about what to do, fate steps in." Well, doesn't it always?