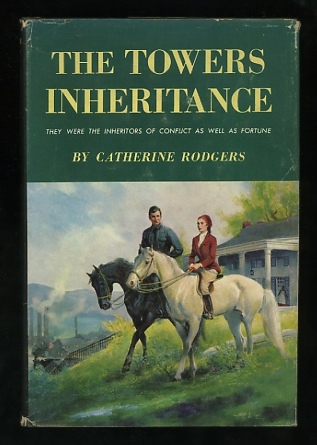 [book is lightly worn at extremities, with a bit of dust-soiling to the top edge; jacket shows moderate overall wear, a little soiling and creasing to rear panel, a bit of crinkling at spine ends]. The only novel by this Alabama-born-and-bred author (1916-2004), who began writing short stories at the age of seven. Becoming, in her words, "increasingly obsessed with the desire to write" as she grew older, she sold her first story to a Birmingham newspaper in 1937. After earning her M.S. in English from Auburn in 1941, she spent the next decade teaching and helping out with her father's business, all the while continuing to write (although very little was published). In 1951, she enrolled in Hudson Strode's internationally-renowned fiction-writing course at the University of Alabama. (Strode's students are said to have published 59 novels and hundreds of short stories during his lifetime.) The novel she completed under his tutelage – an anti-war novel about World War II called "The Swinging Gate" – was bought by Doubleday, but ultimately shelved because it was felt to be too controversial. She continued to write and by 1956 had completed a second novel, "The Inheritors," which after substantial cuts and editorial revisions (the original manuscript was reportedly 1300 pages long) was published as "The Towers Inheritance" in February 1958. Set in and around Camp Hill, her birthplace and home in the woodlands of East Alabama, just after the turn of the Twentieth Century, it's a family-dynasty tale about the lumber business. Sometimes referred to as "Alabama's ‘Gone With the Wind'," it was certainly successful there – one apocryphal claim made for the book is that at one time it was to be found in more households in Chambers and Tallapoosa counties than any other book except the Bible – but later in her life, the author expressed the opinion that it would have enjoyed much greater success if it had come out ten years earlier.