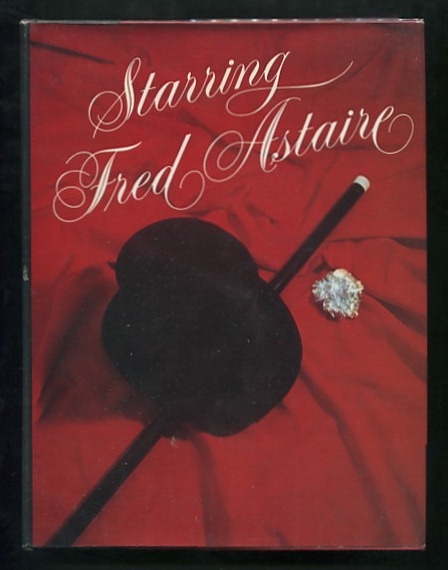 By: Green, Stanley, and Burt Goldblatt

(price-clipped) [a very nice copy, tight and clean, with just the barest trace of wear at a couple of corners; the jacket has a number of surface scratch-lines on the rear panel, as though someone used it as a clipboard for a few minutes]. (B&W photographs) SIGNED by Fred Astaire on the half-title page. Comprehensive examination of the career of the great dancer/singer/actor, including a discussion of his stage career, a film-by-film rundown of his films from DANCING LADY through MIDAS RUN, a list of his radio and TV appearances, and a discography. Of course his career wasn't QUITE over when the book was published, but really, is there anybody out there waxing nostalgic about late-period Astaire -- THE AMAZING DOBERMANS, for instance, or even GHOST STORY? Signed by Biographee