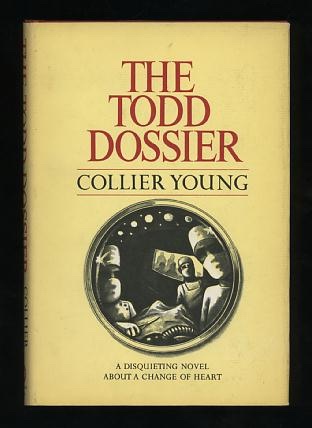 [spine slightly turned, minor bumping to top rear corners, no other significant wear; jacket lightly soiled, slightly darkened at spine]. "A disquieting novel about a change of heart" -- i.e., about a heart transplant, peformed to save the life of one of the world's richest men, that has a complicated and sinister background. It's been said that the character of Hollis Todd, "a flamboyant and dynamic multimillionaire who possesses everything in the world, except a good heart," was modeled after Howard Hughes. Although it's widely known that the book was written by Robert Bloch, to imply that "Collier Young" was a Bloch pseudonym (as do several bibliographies I consulted) rather obscures the fact that Collier Young was an actual person -- a noted Hollywood agent turned writer-producer (and husband, successively, of Ida Lupino and Joan Fontaine). However, even "ghostwritten" doesn't get it quite right. The story actually began life in 1968 as a film project for Cinema Center Films, an "original" by Young, John Gregory Dunne and Joan Didion. It was announced that Dunne and Didion would write the screenplay (which would have been their first), and a few months later that Bloch had been hired to "novelize" their treatment for publication. The movie was never made, and it would seem that Young then exercised some contractual right to issue the book under his name instead of Bloch's. Welcome to Hollywood.