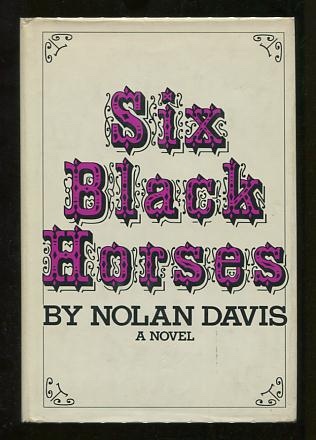 [solid copy, minimal shelfwear, light age-toning to page edges, faint tape marks (from what?) at top and bottom edges of endpapers; jacket nice and white, with just a trace of soiling, minor wear at top of spine]. The Kansas City-born author's first book (and alas, to date his only novel), an absurdist comic tale set at the nexus of KC's funeral services industry and its African-American community. The protagonist, a young man named Lawrence Xavier Jordan -- obviously a stand-in for the author himself, who once served as an undertaker's apprentice -- learns all about both the technical and "artistic" aspects of the funeral business from his mentor, one Southwall Lovingood, while also dealing with his domineering mother and encountering such characters as Sister Fannie Lartarska Fears (who runs a rival mortuary with a fleet of pink Cadillac hearses) and Sister Carrie Samuels, a "perennial mourner" for whom funerals represent the highest form of entertainment. Lawrence eventually gets the opportunity to stage a funeral extravaganza that brings him instant fame and enables him to establish a "mortuary palace," the House of Jordan. A critic for Newsweek commented that "if Evelyn Waugh and Ralph Ellison had collaborated on a novel, the result might well have been something like Six Black Horses" -- but if the guy had been a little hipper (i.e. not writing for Newsweek), he'd have more likely cited Chester Himes than Ellison. I think Gravedigger and Coffin Ed would be right at home in Davis's Kansas City.