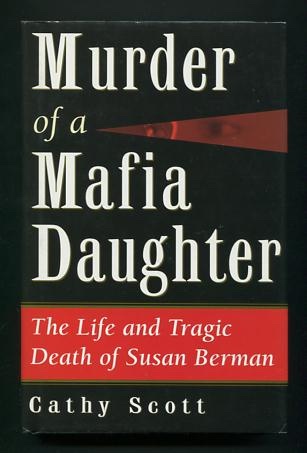 Murder of a Mafia Daughter: The Life and Tragic Death of Susan Berman

[bottom front corner of book bumped, no other significant wear; jacket shows light surface rubbing only]. (B&W photographs) The subject of this book, writer Susan Berman, was "reared in the lap of Las Vegas luxury as the daughter of Dave Berman, a notorious casino mogul and mafia leader. It wasn't until college -- well after her father's death -- that she learned what he really did. She ultimately dedicated her life to learning about Vegas and its underworld chiefs, publishing two acclaimed books on the subject." On Christmas Eve 2000, however, Susan Berman became the victim of a horrific crime herself: she was shot in the back of the head, execution-style. The investigation was possibly connected to the then-recent reopening of the case of Kathie Durst, who disappeared in 1982; her husband, Robert Durst (a college friend of Berman's), was questioned in both cases, but never charged. This book appeared just as Durst was awaiting trial in Texas for another murder, of which he was eventually acquitted (although he did later serve a prison term for bond jumping and evidence tampering). Durst's experiences were the basis for the 2010 film ALL GOOD THINGS, which starred Ryan Gosling as his cinematic alter-ego. And this breaking news (well, not quite) just in from our Wikipedia correspondent: "On March 14, 2015, Durst was arrested in New Orleans, Louisiana, on a first-degree murder warrant signed by a Los Angeles judge in relation to the Berman killing. On November 4, 2016, Durst was transferred to California and soon after was arraigned in Los Angeles on first-degree murder charges. A preliminary hearing will be held in October 2017."

Title: Murder of a Mafia Daughter: The Life and Tragic Death of Susan Berman

Murder of a Mafia Daughter: The Life and Tragic Death of Susan Berman