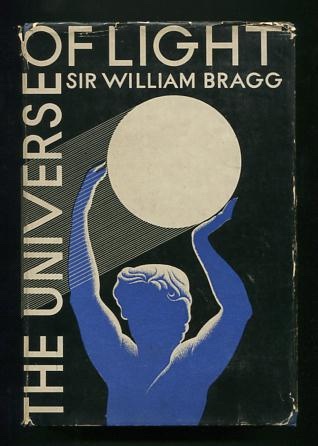 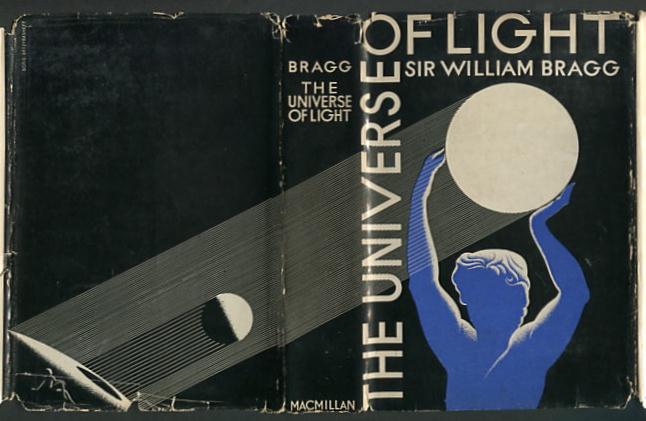 The Universe of Light

[very slight bumping to book at a couple of corners, light age-toning to top page edges; jacket is edgeworn with a variety of small tears and tiny chips, minor paper loss at extremities, some creasing at bottom of rear panel]. (color and B&W plates, figures) Late-career magnum opus by this Nobel Prize-winning physicist and mathematician, an ambitious attempt to analyze the nature of the universe by reconciling the contradictions between the two major theories about light (by Newton and Huygens), and proposing a fundamental unity of matter of radiation. The New York Times considered the book important enough to be accorded a full-page review at the time of its initial publication in 1933, in which it was lauded as "provocative and deeply stimulating." The gorgeous wrap-around jacket design (see second scan) is by Boris Artzybasheff, its primary image of a god-like figure holding aloft a globe of light being a fitting reflection of Sir William's firm belief in "the existence of an immortal human soul and a Divine Being" -- a stance which, the reviewer notes, reflected a difference of opinion from many of his colleagues in the British scientific establishment.

Title: The Universe of Light

The Universe of Light