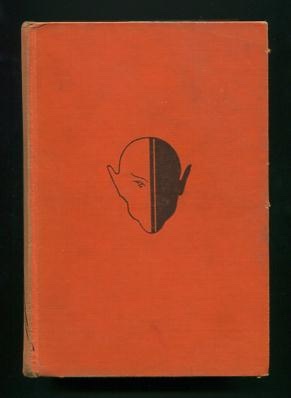 The Phantom of Forty-Second Street

By: Raison, Milton, and Jack Harvey

(no dust jacket) [ex-rental library book, well-worn all around, rear hinge cracked and front hinge weak; jacket flaps glued to pastedowns, vintage price sticker (from "Johnson's Bookstore," location unknown) on ffep; a previous owner/critic has pencilled an evaluation on the ffep, deeming it a "rather ribald mystery - not especially timeless but quick and lively"]. Murder mystery which introduced the character of Tony Woolrich, a drama critic and amateur sleuth, who here solves a string of murders committed by a homicidal maniac in various costumed guises (Napoleon, Nero and Captain Kidd). Co-author Raison certainly knew the theatrical milieu, having served as a publicity agent for several Broadway producers in the 1920s and early 1930s, before heading West and eventually settling into a prolific but fairly undistinguished career as a screenwriter, toiling exclusively on "B" fare -- including a 1945 adaptation of this very novel, produced by Poverty Row studio PRC. He also turned out a handful of additional mystery novels featuring Tony Woolrich during the 1940s, and ended his career as a TV writer.

Title: The Phantom of Forty-Second Street

The Phantom of Forty-Second Street