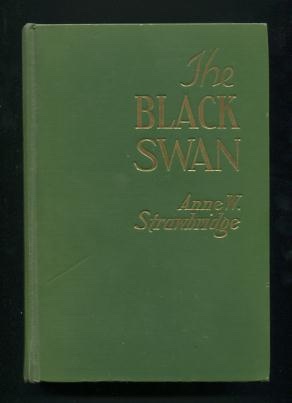 (no dust jacket) [light shelfwear, spine a little turned, gilt lettering on spine a little rubbed but still readable, light dust-soiling to top edge, small bookseller's stamp (Bertrand Smith's Book Store, Long Beach CA) opposite half-title page; ffep seems to have been inadvertently glued down to the front pastedown (a production error, of no particular import)]. Novel, set in the late Victorian era, about a young woman, brought up to believe "that she is not one who will find the consummation of life in a great passion," and thus marries at 25, out of boredom, to a wealthy man. She has a son to whom she's very devoted, and is contented enough with her unexciting life and marraige until she meets "the inevitable man, with whom life would have meant complete fulfillment." But she's married and with a small son to whom she's devoted, and the other guy is married and his wife won't divorce him, and so our heroine has to figure out what to do about it. (All quotes are from the original New York Times review of the book.) Needless to say (but I'll say it anyway): the book is unrelated to the swashbuckling Tyrone Power adventure film of the same name, released in 1942, in which the titular character is a pirate. The author (1883-1941), in addition to publishing several novels, was a painter, a mountain climber, and an autogiro pilot. (The autogiro was a sort of combination airplane-helicopter contraption that was developed in the 1920s.) Rather a scarce book, it seems -- which of course doesn't mean that anybody is actually looking for it (except maybe you who have read this far).