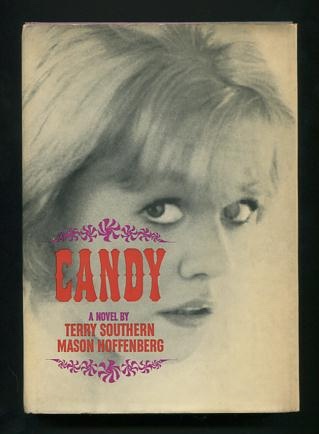 By: Southern, Terry, and Mason Hoffenberg

[nice tight copy, very light shelfwear, one-time owner's address label on ffep; jacket slightly age-toned, a trace of wear along top edge, two-inch wrinkle/pucker along top rear hinge, minor soiling to rear panel]. Erotic take-off on Voltaire's Candide -- generally thought of as an artifact of the 1960s, although it was first published in France (as by "Maxwell Kenton") in 1958 -- here making its first legit (i.e., non-smuggled) appearance in the U.S., this also being the first hardcover issue, ditto the first with the authors' real names acknowledged. The book has (thankfully) outlived its notoriously awful 1968 film adaptation to become something of a bona fide classic. [All points for the First American Edition (first printing, unstated) have been confirmed, so thanks for not asking. Buy with confidence!]