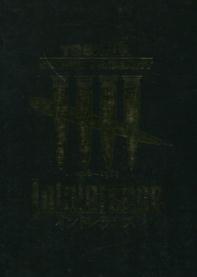 [light surface wear and mild rubbing to covers]. (B&W and color photographs, advertisements) Elaborate program for a special presentation in Japan of D.W. Griffith's 1916 masterpiece INTOLERANCE, with musical accompaniment provided by the New Japan Philharmonic and a "Chorus/Special Choir for INTOLERANCE." The screening of the film was accompanied by "An Homage to D.W. Griffith," a 70mm Super Panavision production (projected at 30 frames per second) that was directed by American special effects cinematography wizard Richard Edlund, A.S.C. and featured a narration by the then 95-year-old Lillian Gish. Although much of the text of this accompanying program is in Japanese, there are bits of English here and there, such as the comments from various filmmakers (including Francis Ford Coppola, Fred Zinnemann and Martin Scorsese) about the importance of Griffith's film and/or its influence on their own film esthetics. About half of the 128-page book is devoted to a nicely laid-out frame-blowup version of the complete film, accompanied by the text of the original titles in both English and Japanese. An unusual item for the D.W. Griffith or Lillian Gish aficionado. The only thing I really don't understand is the significance of the small photo of El Coyote (a landmark Mexican restaurant in L.A.) on page 38; I've eaten there, but I doubt that Griffith ever did. [PLEASE NOTE that I have scanned only the central portion of this book's front cover, which because of its size (10" x 14-1/2") will not fit on my scanner bed; ALSO NOTE that because its cover design (gold decoration and printing on a black background) does not scan well. So, apologies for the lousy image.]