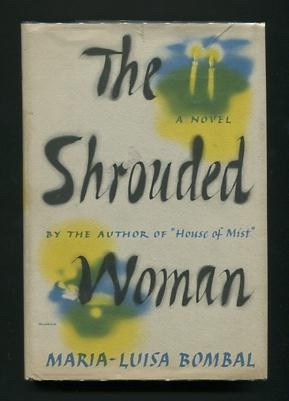 [very nice copy with minimal shelfwear, a trace of spotting to top page edges; jacket equally nice, with one tiny chip at bottom of rear panel, slight wrinkling at top of front panel]. The second novel by this highly-regarded Chilean writer tells "the story of a beautiful and violent woman, who sees clearly, only after death, the intricate pattern which her passions made in the lives of those who were close to her." Bombal lived in the U.S. for about thirty years (ca. 1940-1970); this was her second book to appear in English, and the publishers chose to completely obscure the fact that it had been published in Spanish ten years earlier. (No translator is mentioned, for instance, and even her previous book, "House of Mist," is described in the jacket blurb as "her first English novel," although it, too, had been published in the preceding decade in her native language.)