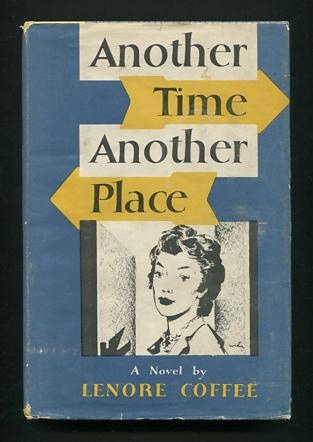 (price-clipped) [no significant wear to book, minor dust-soiling to top of text block; jacket a little edgeworn and lightly soiled, a bit of paper loss at spine extremities]. Scarce first novel, about an American woman newspaper columnist in wartime London, by a veteran screenwriter who wrote dozens of films beginning in the 1920s -- including several notable 1940s Bette Davis pix, among them the immortally trashy BEYOND THE FOREST. This novel was the basis for the 1958 film of the same name, which starred Lana Turner and a young Sean Connery.

Title: Another Time, Another Place