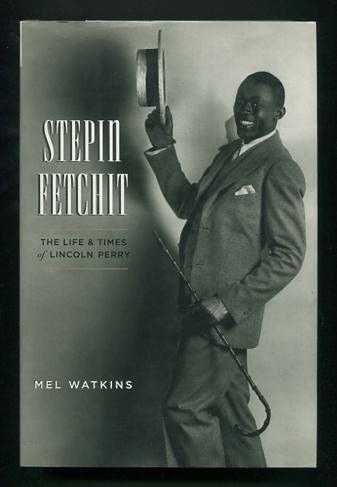 Stepin Fetchit: The Life and Times of Lincoln Perry

[beautiful clean copy, no discernible wear to book at all; jacket shows only light surface handling wear]. (B&W photographs) The first full-scale biography of the first African-American movie star, whose talents were channeled by the narrow and essentially racist world-view of the Hollywood mainstream cinema into comic portrayals of lazy, shiftless black men -- stereotypical roles of the worst sort, which he filled with such brilliance that his very name became a kind of shorthand for the stereotype itself. Ironically, his on-screen subserviance made him an off-screen millionaire, "the highest paid and most popular black comedian in America during Hollywood's Golden Age," but his off-screen behavior and extravagant lifestyle eventually drove him into bankruptcy and near-destitution. He fortunately lived long enough to have been "rediscovered" and honored for his achievements, but he was a controversial and even (by some) reviled figure right to the end, and even today it's hard for modern audiences to see through the stereotypical characters to the talented man behind them.

Title: Stepin Fetchit: The Life and Times of Lincoln Perry

Stepin Fetchit: The Life and Times of Lincoln Perry