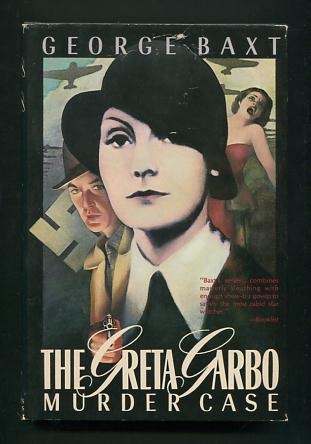 [light shelfwear, small light pink smudge on half-title page; jacket shows light wear at extremities, small tear and slight associated creasing at top rear foldover, tiny scuffed spot near top center of front panel]. SIGNED by the author (signature only) on the title page. Another in Baxt's long-running series of period murder mysteries centered around famous movie people in an ingeniously-imagined alternative Hollywood -- in this instance, Greta Garbo (instead of terminating her screen career after the embarrassment of TWO-FACED WOMAN, as she did in real life) accepts the lead in a modern-day anti-Nazi version of JOAN OF ARC, which leads to her involvement in "an international imbroglio full of actors acting and spies, spies acting as actors, and some actors simply acting -- a drama in which she must ultimately play a leading role." Signed by Author