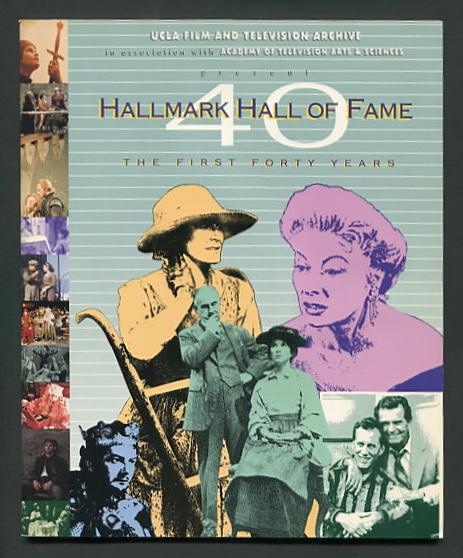 By: (UCLA Film and Television Archive)

[tiny bend at bottom corner of front cover, otherwise as-new]. (B&W photographs) Tribute/program guide for a retrospective series of programs from the first four decades of long-running drama series, which began in the era of live TV and continues to this day. Includes program notes (by Kenneth Kirby) for the 32 programs presented in the series proper, presented throughout August and September 1991, plus notes for three additional out-of-series shows included in UCLA's annual Festival of Preservation. The program is a nice mix of HHoF's repertoire, which ranged from the tried-and-true high-toned theatre ("Hamlet," "Macbeth," "The Little Foxes") to hit musicals ("Kiss Me Kate," "The Fantasticks") to new adaptations of literary classics ("All Quiet on the Western Front," "The Secret Garden," "The Hunchback of Notre Dame") to original productions such as "My Name is Bill W." and "The Marva Collins Story." Supplementing the more detailed notes for the program in the series, there is also a full rundown of all the HHoF shows from 1951 through 1991, with credits and brief notes.