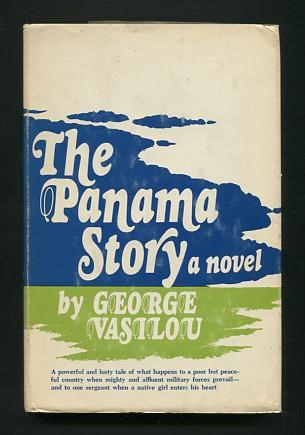 [some shelfwear to bottom edge, top corners and top of spine bumped, slight discoloration to pastedowns; jacket lightly rubbed and a bit edgeworn]. Vanity-press novel set during World War II, about "a draftee first sergeant among the first group of new soldiers shipped to tropical Panama Canal Zone to bolster up the regular forces immediately after the bombing of Pearl Harbor." Per the jacket blurb, it's "a lusty tale that encompasses more than a wartime experience. It reveals differently the way war neurosis changes men even when far from combat. But it also unfolds the only way indigent, native females can earn a living -- selling themselves -- when under affluent military forces in peace and war." As usual with such novels, it comes as no surprise to learn that the author was "a career military man [who served] in many overseas locations, including Panama."