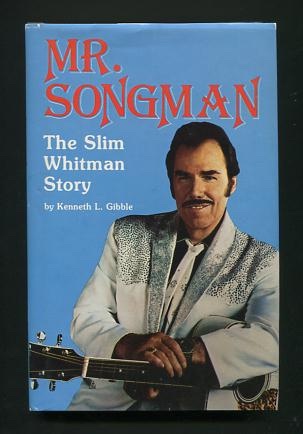 [nice-looking book, with very slight bumping to bottom corners, faint dust-soiling to top edge; jacket shows a bit of surface wear, with a couple of tiny tears and associated creasing at top of rear panel]. (B&W photographs) Biography of the country-western singer who had a successful career from the late 1940s onward (he toured with Elvis Presley in the mid-1950s), but who only became a household name (and a bit of a joke) in mainstream America when his "greatest hits" albums began to be packaged and sold via late-night TV commercials in the 1970s. Known for his smooth falsetto and high-pitched yodeling, he recorded dozens of albums and sold millions of records (120 million by his own estimate), and was popular in Europe as well as in the U.S..