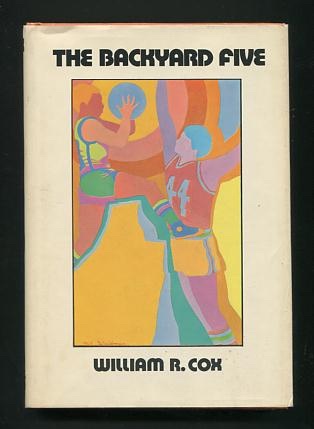 [slight wear to heel of spine, faint dust-soiling to top edge; jacket very lightly soiled, small closed tear at bottom rear hinge with associated diagonal crease in rear panel]. INSCRIBED briefly ("Mark -- / Best of luck -- ") and SIGNED by the author on the ffep. Juvenile fiction about a team of 12-year-olds in the "Valley Basketball League." The Valley in question isn't identified by name, but it's probably the San Fernando Valley, given that the team's coaches -- the father of one of the boys and the uncle of another -- both work in the entertainment industry, one as a TV cameraman and the other as "one of the few Negro stunt men in films." Per the jacket blurb, the author (1901-1988) had "written fifty books, including several sports stories for Dodd, Mead, [and] works in television and motion pictures on occasion." IMDb shows numerous TV credits for him during the 1950s and 1960s (mostly Westerns), along with a handful of inconsequential big-screen credits (THE VEILS OF BAGDAD, JESSE JAMES' WOMEN, and the like). He also wrote under a variety of pseudonyms, including Mike Frederic, John Parkhill, Joel Reeve, Roger G. Spellman, and Jonas Ward. Signed by Author