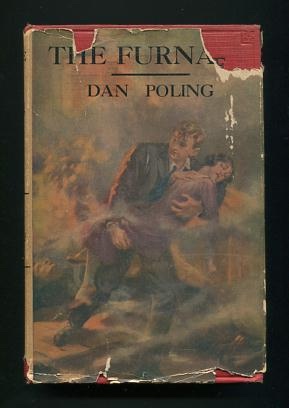 (in Grosset & Dunlap dust jacket) [shelfwear to bottom edges of covers, soiling to top edge of text block, general age-toning elsewhere, contemporary (1926) Christmas gift inscription (non-authorial) on ffep; jacket heavily edgeworn, a couple of chips at top of front panel, additional shallow chipping at base of spine and at bottom of front panel, a few closed tears, etc.]. "An epic of love, steel, and war," centering around the difficulties faced by three men -- a soldier, a chaplain, and a laborer -- returning home after World War I, "to be plunged into a bitter conflict which threatens the very roots of democracy itself." The author, who as a young man had been an evangelical preacher and a national leader of the Prohibition movement, himself served in the war, and later went on to a long career as an American Protestant leader; accoring to his New York Times obituary, he was "a vigorous activist [who] played a role in almost every major social and political struggle of this century."