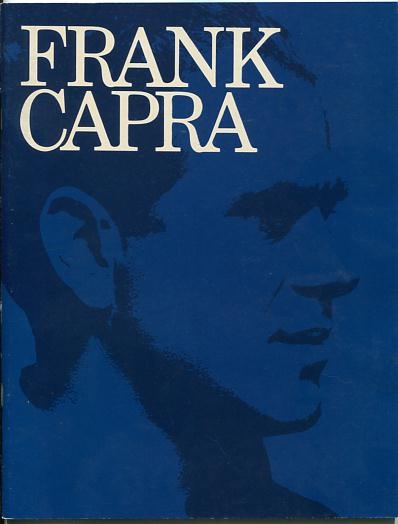 [a small amount of wear along the spine, otherwise nice and fresh, just about as new]. (B&W photographs) Nicely-done program/tribute book, largely photographic, from Capra's Life Achievement Award dinner; includes filmography. It's interesting to note that the tribute book's editor (also the co-author of the tribute itself) was Joseph McBride, who some years later published a highly critical biography of Capra. NOTE that this would appear to be the "public" version of the program, with Capra pictured on the front cover, that was produced for sale and/or distribution to AFI members; the program distributed at the dinner itself, following the pattern of earlier years, had a silver-on-silver cover featuring only the AFI logo). Nonetheless, along with most of these programs prior to 1986 -- the first time a specifically-labeled "AFI Souvenir Edition" was produced in large quantities -- this one is fairly scarce.]