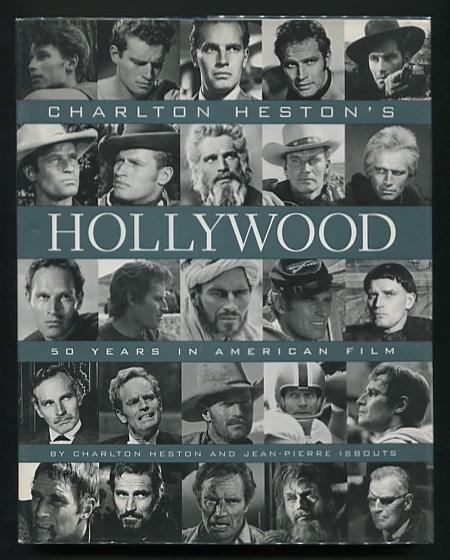 [nice clean book with no discernible wear; jacket shows just the slightest traces of edgewear here and there]. (B&W and color photographs; drawings) INSCRIBED and SIGNED by Charlton Heston on the title page; the brief inscription is to producer Walter Seltzer (who produced seven of Heston's films) and his wife, a nice association. Kind of a supplement to Heston's official autobiography, "In the Arena," published in 1995, this book (per its co-author) "attempts to illustrate his greater role in Hollywood, both in text and pictures, including many unpublished photographs taken by his wife, Lydia Clarke Heston, and his own sketches drawn on the sets of many of his movies." Signed by Author