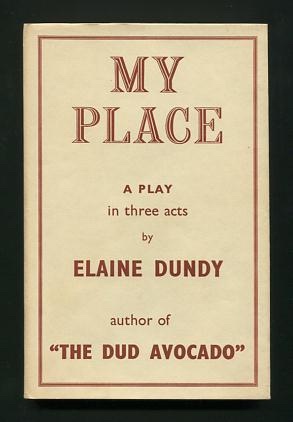 [no discernible wear to book; jacket lightly tanned at spine, tiny red stain at bottom corner of rear panel, otherwise clean and unblemished]. Very scarce play, the first (and only published) by Dundy, an actress-turned-writer who had scored a hit in 1958 with her debut novel, "The Dud Avocado." Not surprisingly given her background, the play is set in the theatre world, and (in the words of a contemporary critic) is "as cynical, hip, beat, amoral and generally with-it as could be." She was certainly in a position to observe this world in microscopic detail, having been married since 1951 to critic Kenneth Tynan; that marriage, however, was already on the skids at the time this play appeared (it would end in divorce in 1964) -- in large measure, reportedly, because Tynan disapproved of her writing endeavors. (Well, there was also the drinking, the drugs, the mutual infidelity, and the sadomasochistic sex, but let's not go into all that.)