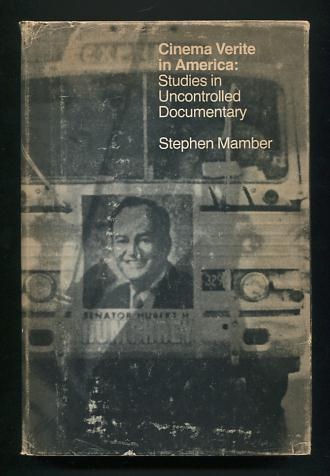 [spine a bit turned, slight bumping at top of spine, a little fading to cloth at base of spine, internally nice and clean; jacket edgeworn and rubbed, small closed tear at top front hinge]. (B&W photographs) The first full-length critical study of the style of documentary filmmaking that arose during the 1960s, the hallmark of which was filmmakers' innovative (and sometimes aggressive) use of special lightweight cameras and portable tape recorders. "The author outlines both the broad patterns of the cinema-verite approach and the divergent directions taken by members of the cinema-verite 'school.'" Primarily consisting of film-by-film studies, the book examines works by Frederick Wiseman, D.A. Pennebaker, Drew Associates, the Maysles Brothers, Richard Leacock and others, and is enhanced by the author's interviews with many of the filmmakers.