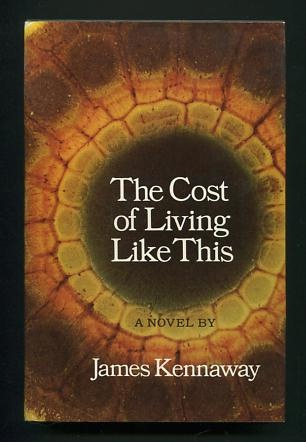 (price-clipped) [nice tight clean book, with no discernible wear; jacket shows a tiny bit of surface wear to the rear panel, short diagonal crease at bottom of front flap]. Novel set in London and Glasgow, about "the old triangle -- two women and a man -- a husband, a wife, a little girl from the office. If the basic situation is more than familiar, it still has never been explored with such power or described and dissected so vividly in contemporary terms." This was the first of two posthumously-published novels by Kennaway, a Scottish novelist who died in a car accident in 1968 at the age of 40. He remains best-known for his first novel, "Tunes of Glory," published in 1956, which he adapted for the 1960 movie of the same name.