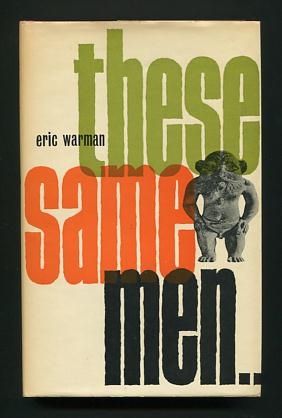 [very slight wear to base of spine, faint soiling to top of text block; jacket slightly browned at spine, minor scuffing to rear panel]. INSCRIBED and SIGNED by the author on the ffep: "For Sally & Chris / Affectionately, / Eric / October 1966." Novel about a strange sort of romantic triangle, involving a British television personality, a "wealthy but unstable" young poet, and the latter's fiancee. When the TV guy (an acerbic panel member on a show called the "Television Brains Trust") gets to messing around with the fiancee, a practice known as Candaulism comes into play, described in the jacket blurb as "a sexual perversion surprisingly neglected by modern novelists." Say what now? Well, I had to look it up, so I figure you should too (that's why we have the Internet, kids) -- but I will give you a clue, cribbed shamelessly from Wikipedia: "The term is derived from ancient King Candaules who conceived a plot to show his unaware naked wife to his servant Gyges of Lydia." Oh, those wacky ancient Kings! Signed by Author