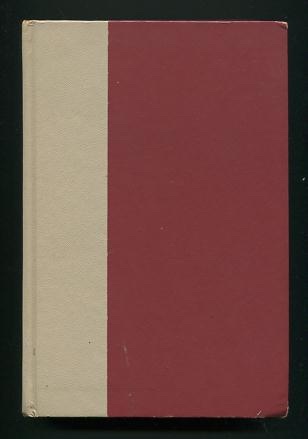 My Life in Baseball: The True Record

By: Cobb, Ty, with Al Stump

(no dust jacket) [moderate wear to bottom edges and top corners of covers, one-time owner's name on reverse of ffep]. (B&W photographs) Cobb's alleged autobiography, revealed in the ensuing years to have been largely fraudulent from the get-go. The book itself was published a couple of months after his death, and the following year co-author Stump published an expose-type article in the magazine "True," purporting to tell the "true story" behind this "True Record," in which he described the difficulties of the collaboration, and in the process pretty much cemented Cobb's reputation as the meanest s.o.b. to ever set foot on a baseball diamond. He further compounded things some 30-odd years later by publishing yet *another* book about Cobb, in which he doubled down on the negativity (and which in turned served as the basis for the movie COBB, starring Tommy Lee Jones). Problem was, as several later researchers have discovered, that Stump was quite the fabulist, and that many of his claims (such as Cobb's purported deathbed confession of having murdered a man in 1912) were made up and then "authenticated" by forged documents, including Cobb's diaries. The most recent book to try and cut through all this crap and set the record straight is Charles Leerhsen's "Ty Cobb: A Terrible Beauty," which debunks much of the accepted knowledge about Cobb, and largely succeeds in presenting a more balanced and reliable assessment of his complex (but not monstrous) personality.

Title: My Life in Baseball: The True Record

My Life in Baseball: The True Record