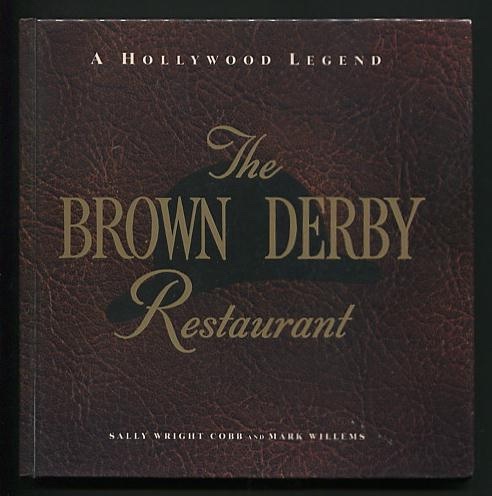 (laminated pictorial boards; no dust jacket, as issued) [nice clean book, minor bumping to corners of rear cover]. (B&W photographs) SIGNED by both authors on the title page. An album-style portrait of the venerable Tinseltown eatery, dealing with both its Hollywood and Beverly Hills locations (but only in passing with the other two locations, the original "Eat in the Hat" restaurant on Wilshire Boulevard and a later branch in Los Feliz). Illustrated with photos of its many famous clients, interspersed with recipes for the restaurant's most popular dishes, its "historical" content is largely confined to the photo captions; the endpapers reproduce dozens of the caricature sketches that once adorned its walls. Author Cobb was the widow of the restaurant's owner, Robert H. Cobb. Signed by All Authors