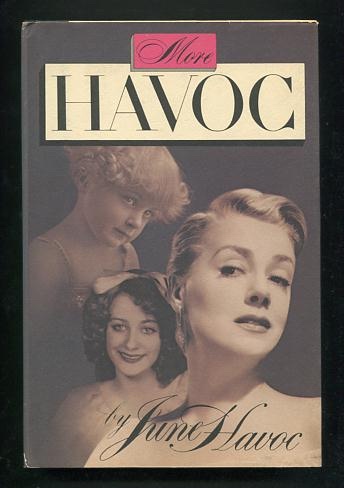 [nice copy with minimal shelfwear, previous owner's information in ink on ffep but no other markings; jacket shows a little wear at spine extremities]. (B&W photographs) In this, her second memoir, the actress/playwright picks up her tale in the years after her childhood showbiz career (covered in "Early Havoc"), which was followed by "starving and dreaming on Broadway, stuffing newspapers in her shoes so she could race to phantom casting calls, early marriage, modeling, a love affair with an older man, motherhood, her first success on Broadway in 'Pal Joey,' Hollywood movies during World War II and life on the Super Chief between one coast and the other." And, of course, she writes again of her sister (Gypsy Rose Lee) and their notorious mother -- perhaps somewhat more frankly that in the earlier memoir, since Gypsy had passed away in the 22-year interim between the two books.