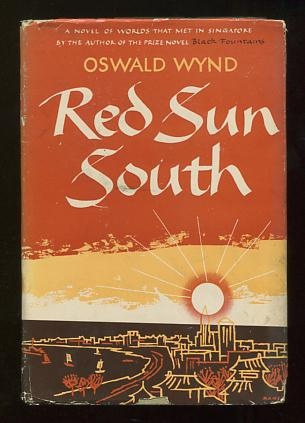 (price-clipped) [book is solid enough, but the cloth has deteriorated in several places (top and bottom edges) exposing the boards; one-time owner's signature on front pastedown; jacket and the boards exposedbeen worn (or eaten?) through in several places, exposing the boards; the jacket is edgeworn, with various small tears and shallow chipping, minor paper loss at base of spine, tiny smudge on front panel, slight fading to spine]. Wynd's scarce second novel, set during the 3-1/2-year Japanese occupation of Singapore during World War II (1942-1945), a time when the city was "teeming with people of all races [and was] tense with conflicts between Japanese conquerors and humiliated former rulers." The narrative, focusing on four Eurasian characters, "probes searchingly into the age-old conflicts, the psychological problems and humiliations that confront persons of mixed blood at every turn." The author himself had been captured by the Japanese while serving with the British Army in Malaya, and spent much of the war in a POW camp.