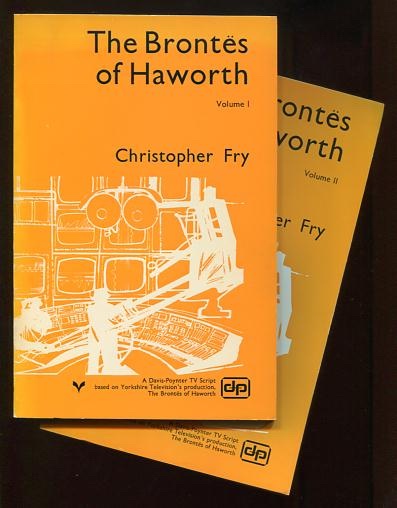 The Brontës of Haworth [2 volumes] [*SIGNED*]

[both volumes very nice, minor dust-soiling to top edges, Vol. I slightly faded along spine and at top of front cover]. Trade PB INSCRIBED and SIGNED by the author on the title page of Volume I: "for Dick and Mickey / with love from / Kit / The Toft[?] / August 17, 1975. Four TV plays about the Brontë family, "based on Yorkshire Television's production." The inscribees were film director Richard Fleischer and his wife; Fry had written the screenplay for the Fleischer's 1961 film BARABBAS. Signed by Author

The Brontës of Haworth [2 volumes] [*SIGNED*]