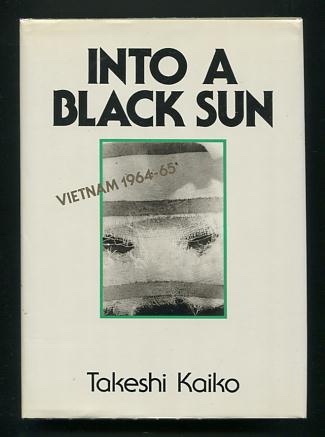 Into a Black Sun

[nice clean book with no discernible wear, very slight fading to cloth along top edge; jacket slightly scrunched and torn at top of spine, virtually unnoticeable in new jacket protector]. "A full-blooded, tough-minded, and intensely moving evocation of Vietnam in the mid-'60s, rooted firmly in the firsthand experiences of a former special correspondent who was, for a time, a 'guest' of the Viet Cong." As depicted in this novel, the Vietnam conflict "is a quieter war than the Vietnam of later accounts. Above all, it is an Asian war, witnessed by an Asian writer." (Originally published in Japanese in 1968, under the title "Kagayakeru Yami.")

Title: Into a Black Sun

Into a Black Sun