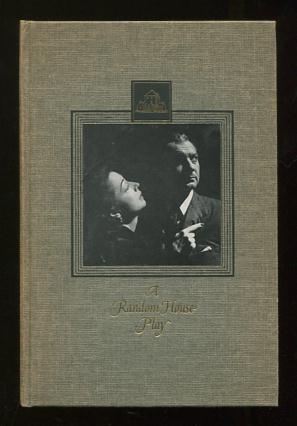 Requiem for a Nun; a play

By: Ford, Ruth; from the novel by William Faulkner

(no dust jacket) [lightly shelfworn, spine slightly darkened]. (B&W photographs) Faulkner's prefatory note: "This play was written not to be a play, but as what seemed to me the best way to tell the story in a novel. It became a play, to me, only after Ruth Ford saw it as a play and believe that only she could do it right. When in English, it is her play. What she adds to it, to make it a better lay, is Ruth Ford." In addition to adapting Faulkner's novel for the stage, Ruth Ford also played the lead role of "Temple" (an older version of Temple Drake, the central character in Faulkner's 1931 novel "Sanctuary," to which "Requiem" was a sequel) in the original Broadway production, directed by Tony Richardson, which ran for 43 performances in early 1959.

Title: Requiem for a Nun; a play

Author: Ford, Ruth; from the novel by William Faulkner

Requiem for a Nun; a play