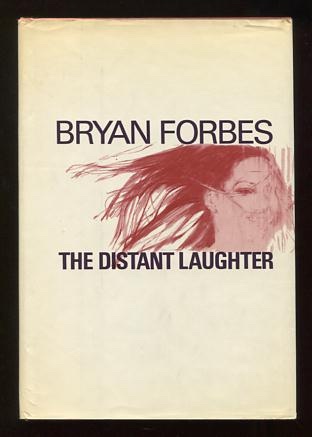 INSCRIBED "To Gordon / with much affection always / & happy memories of / the prison compound at / Gower Street!" and SIGNED by the author on the ffep, additional dated "Sept. 1973." Novel by the noted actor-turned-film director/producer/writer, about "a marriage and a love affair carried on in the midst of the glamour, cynicism, and sordidness of the international movie world" (a scene the author knew all too well). According to Hollywood fiction bibliographer Anthony Slide, Forbes had begun writing the novel twenty years before its publication. He goes to some pains, in a prefatory note, to disavow any autobiographical content, writing: "It is no secret that I am a film director married, and happily so, to an actress [Nanette Newman], but I am not the Warren of this story nor is my wife the Susan. The fiction of the film industry has always been stronger than its fact and my inventions and characters bear no resemblance to living people. Only the insanities are real." (He puts a little extra icing on it by dedicating the book to his wife.) [Although the author's inscription suggests a relationship to the production of KING RAT, directed by Forbes at Columbia Pictures in 1965, no "Gordon" is listed among that film's credits, so the identity of the inscribee is thus far unestablished.] Signed by Author