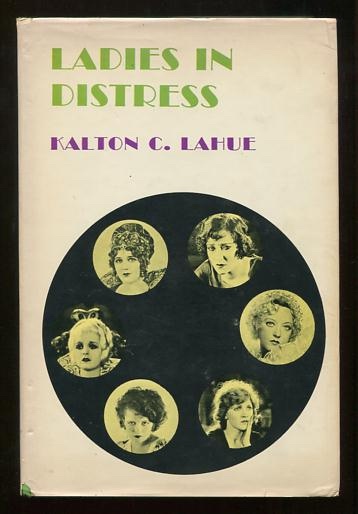 [light shelfwear, minor bumping to bottom corners, a handful of tiny spots on top of text block, rubber-stamped bookshop name on front pastedown and ffep; the jacket has slight paper loss at spine ends, a little wear and a few tiny tears along the top and bottom edges of the rear panel]. (B&W photographs) Brief career profiles of 40 actresses from the silent film era, those deemed "representative heroines" by the author. Most of the pieces run between six and ten pages (including several photographs). This copy is distinguished because it bears the bookplate of one of its subjects, Jane Novak (it's a commercially-produced bookplate, with her name written in, presumably by her); it was acquired from her son-in-law, producer Walter Seltzer. Many of the actresses profiled here are familiar names (Clara Bow, Mary Pickford, Greta Garbo, Lillian Gish, Gloria Swanson, and so on); among the others are the likes of Theda Bara, Louise Brooks, Bessie Love, Mary Miles Minter, Aileen Pringle, Alice Terry, and Clara Kimball Young. (Many of these ladies were pretty big deals in their day, but apart from the one who still has a major cult following -- Louise Brooks -- they are largely forgotten today, except by serious silent film aficionados.) To the extent that Jane Novak herself is remembered, it's probably because she appeared more often than any other leading lady opposite one of the major Western he-men of the silent screen, William S. Hart. (And if that name makes you go "who he?", well, then, this book probably isn't for you anyway.)