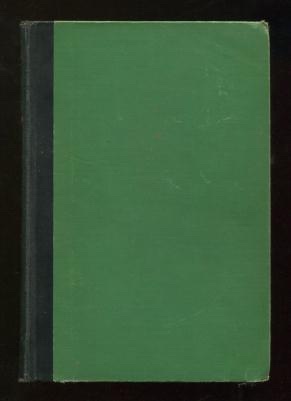 Accent on Youth -and- White Man

(no dust jacket) [some wear and fraying at all corners, spine a little turned, front hinge a little weak, large glue residue (from label removal?) on front pastedown, "Drama Department" stamped on title page and rear pastedown, one-time owner's name (and date and place of original purchase) on ffep, some minor pencil annotation in the text of the first play]. Two plays by the author of the source material for THE JAZZ SINGER. "Accent on Youth," the praises of which are sung by John Anderson in his Preface to this volume, was filmed three times: under its original title, in 1935; as a Bing Crosby musical vehicle, MR. MUSIC, in 1950; and finally as the romantic comedy BUT NOT FOR ME (1959), starring Clark Gable and Carroll Baker. "White Man" was a somewhat different matter. It's heralded here in a brief "open letter to the author" by one Barrett H. Clark, who calls the play (apparently written as early as 1929) a favorite of his and declares it "something more than one of those good things that hasn't yet made Broadway. It has been a standing challenge to the show business, but the show business has so far not taken it up." Well, a year or so following its publication here, Broadway did take it up, and it was a resounding flop (ekeing out just seven performances in October 1936); needless to say, no movie adaptation ensued.

Accent on Youth -and- White Man